For the love of coffee

Adventures with coffee, around the globe.. 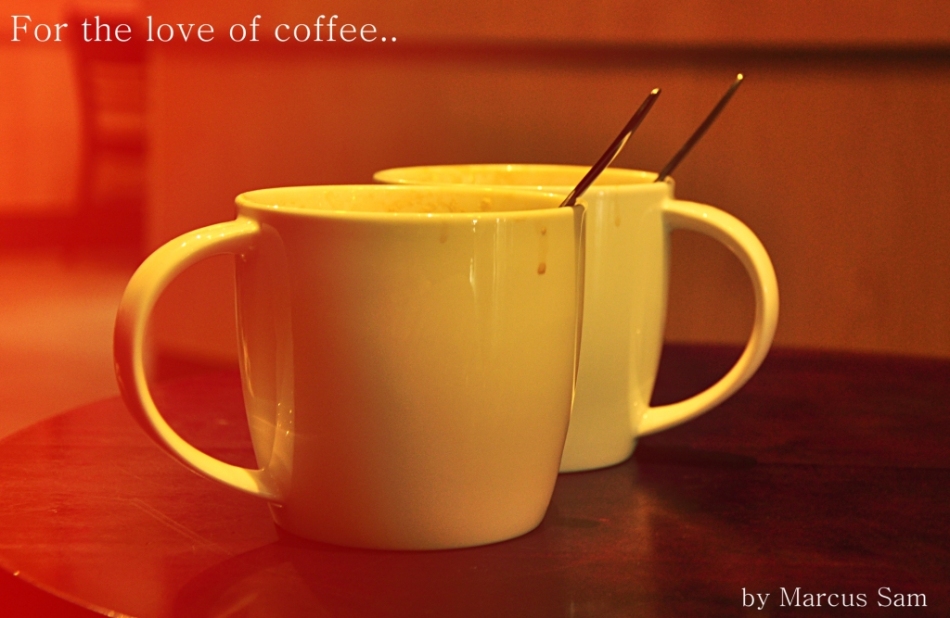 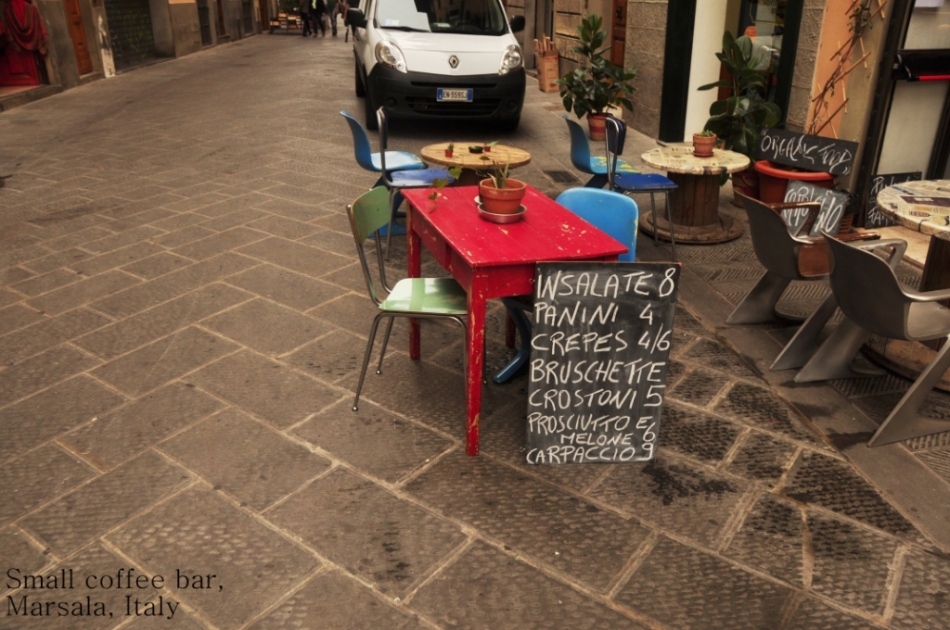 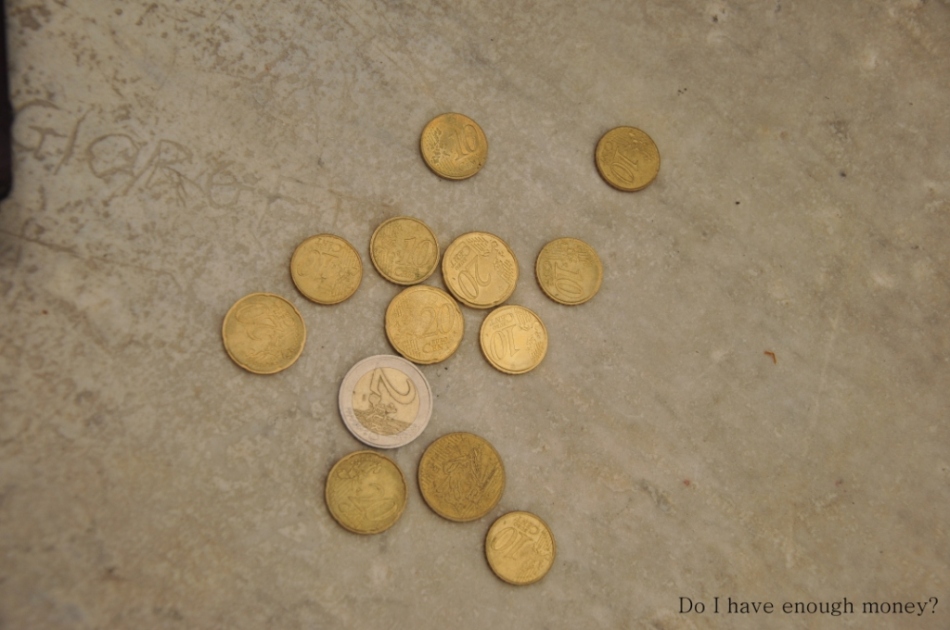 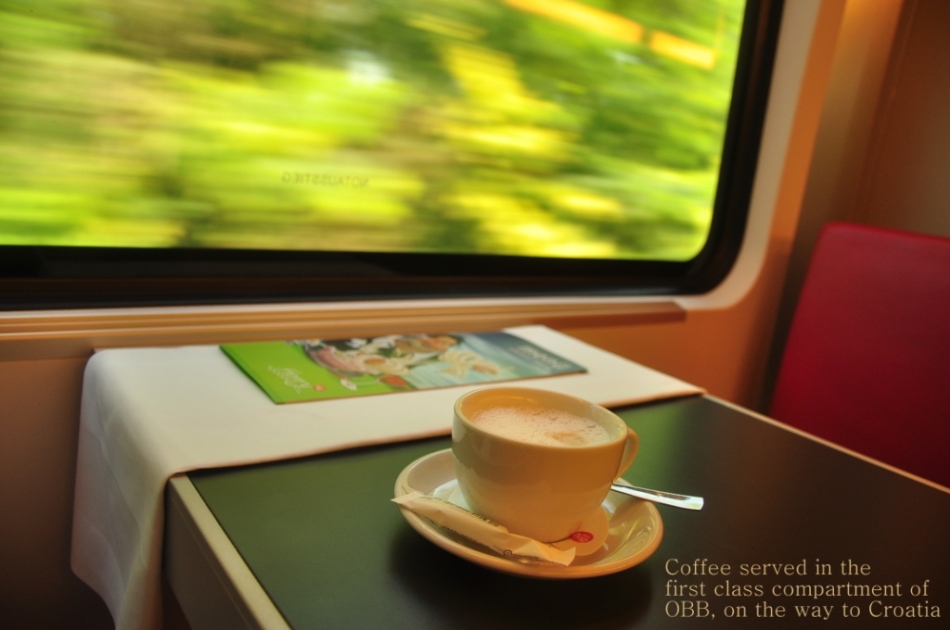 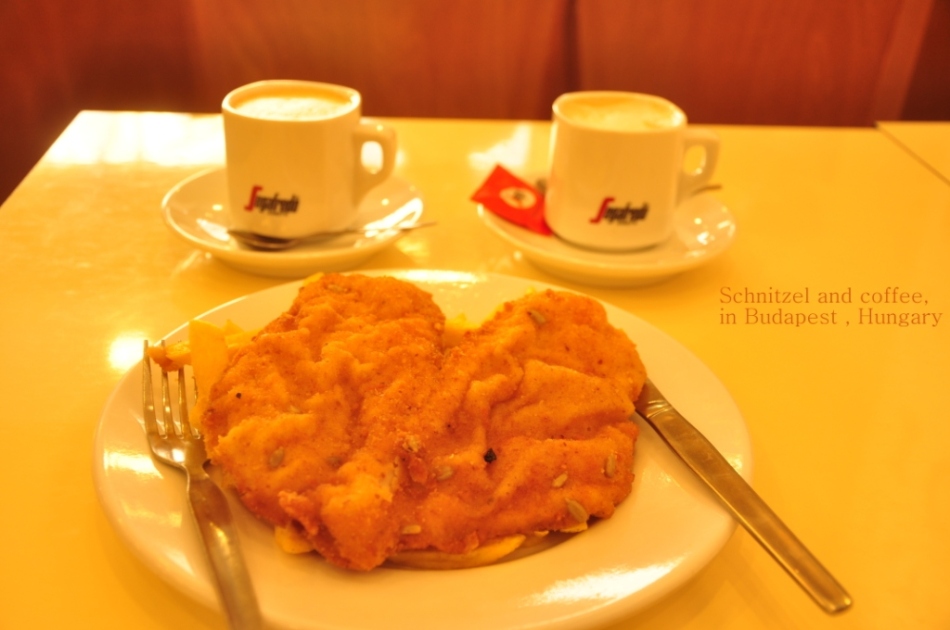 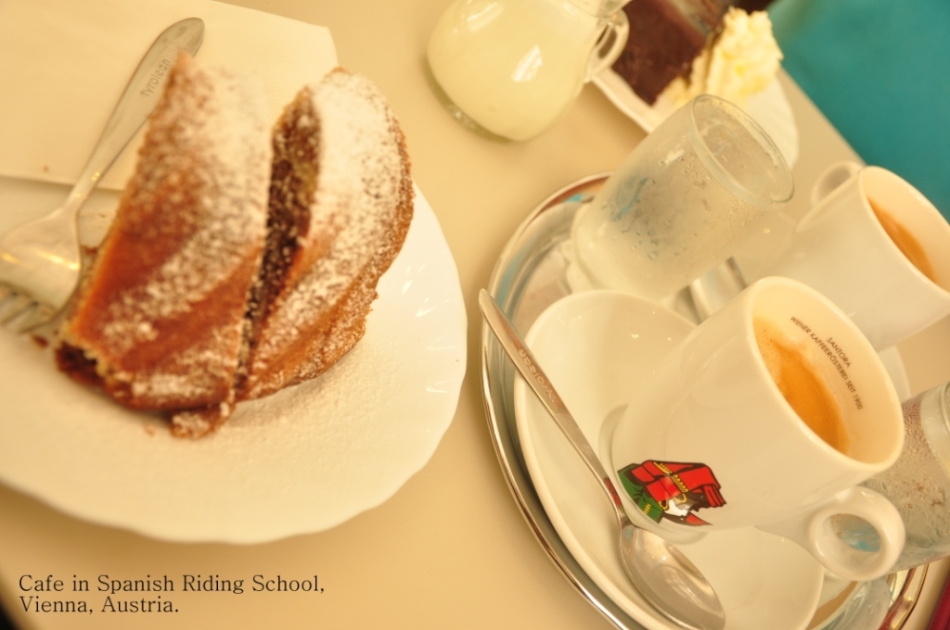 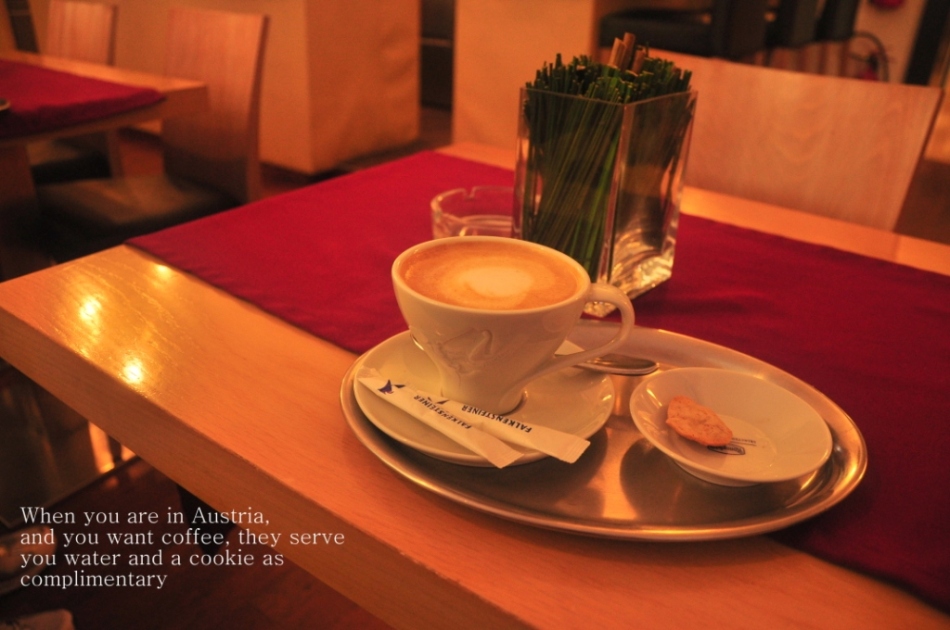 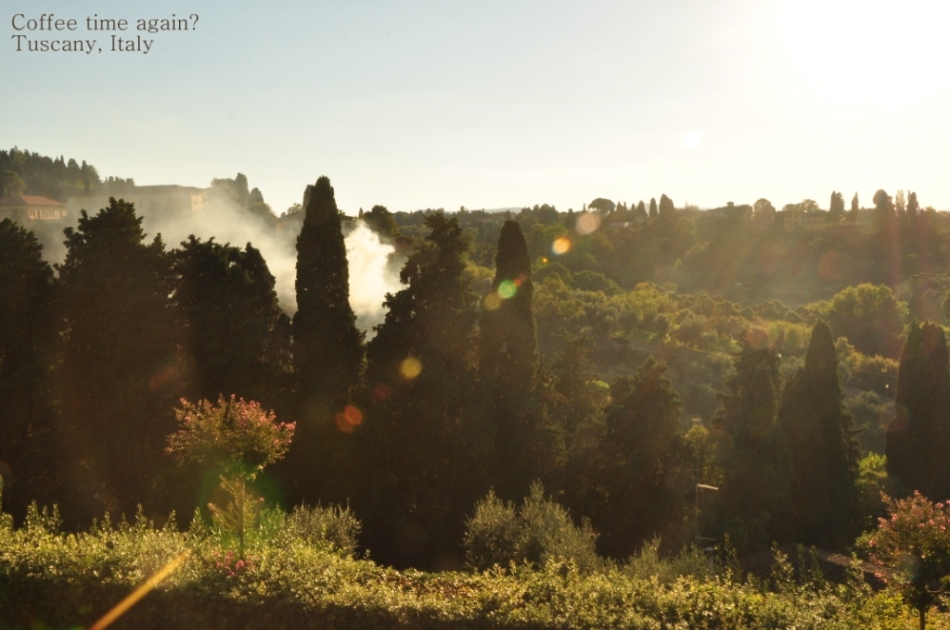 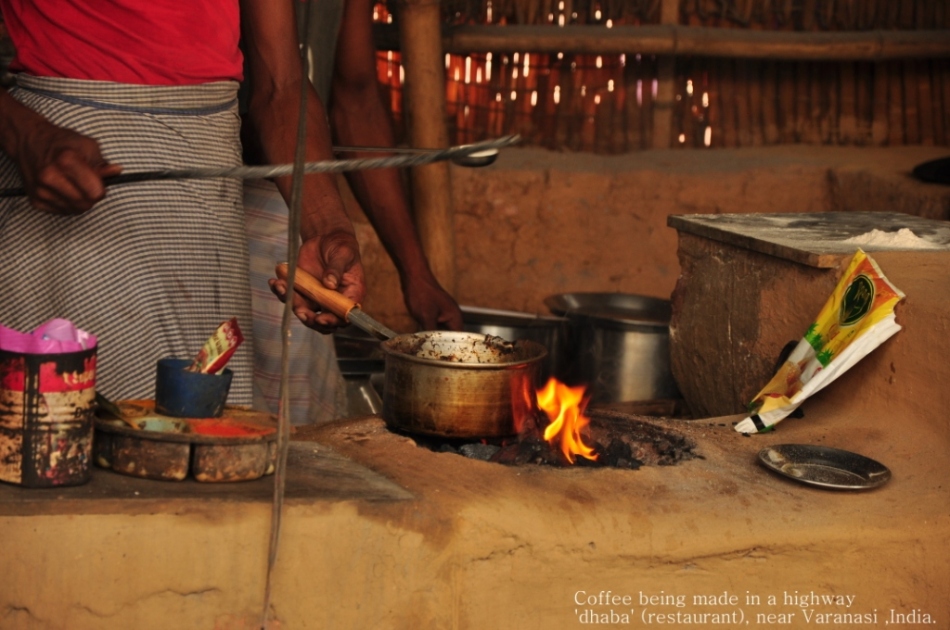 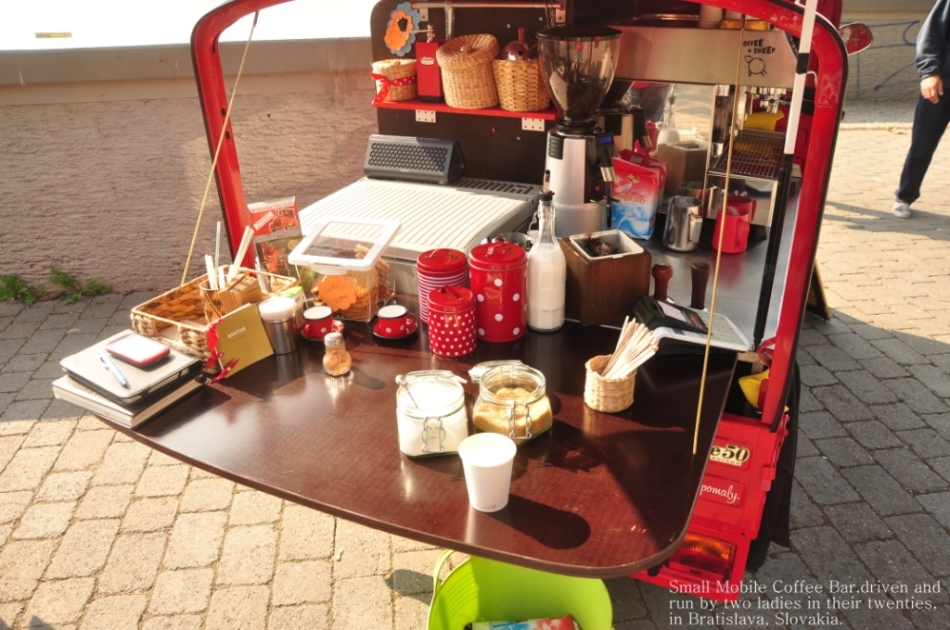 The festival of colors Holi is one of the major festivals of India, Holi is celebrated with enthusiasm and gaiety on the full moon day in the month of Phalgun which is the month of March as per the Gregorian calendar.Holi frolic and celebrations begin the morning after Holika bonfire (Days before the festival people start gathering wood and combustible materials for the bonfire in parks, community centers, near temples and other open spaces. On top of the pyre is an effigy to signify Holika who tricked Prahalad into the fire.). There is no tradition of holding puja (prayer), and the day is for partying and pure enjoyment. Children and youth form groups  armed with dry colours, coloured solution & means to fill and spray others with coloured solution (known as pichkaris), balloons that can hold coloured water, and other creative means are also used to colour the targets. The event has now become an almost international event and is celebrated by people (Indians or not) around the world. 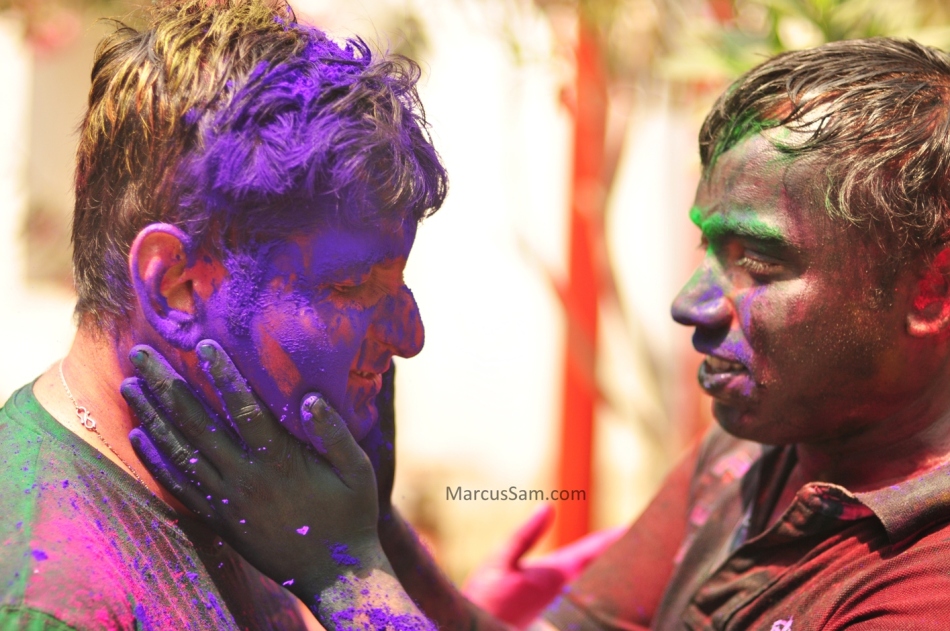 PLEASE NOTE : THE IMAGES ARE COPYRIGHTED TO MARCUS SAM & SPECIFIC PERMISSION HAS BEEN TAKEN BY THE INDIVIDUALS BEFORE THE PUBLICATION, COMMERCIAL PUBLISHING WITHOUT PRIOR CONSENT  OF THE AUTHOR ((ie STEALING)) IS PROSECUTABLE UNDER LAW.

‘Hello Captain’ is a project I have been working on for sometime..It is supposed to be in 3 or more parts.

I have just barged into the cockpit or bridge of aeroplanes , boats ,ships etc and introduced myself and clicked the pictures of the captain in charge of the ‘ship’…I have tried to cover all the 3 modes; Air, Water and Land.All of them were beautiful  people who were all incharge of our lives during the trip(s)..’Heroes in uniforms’… 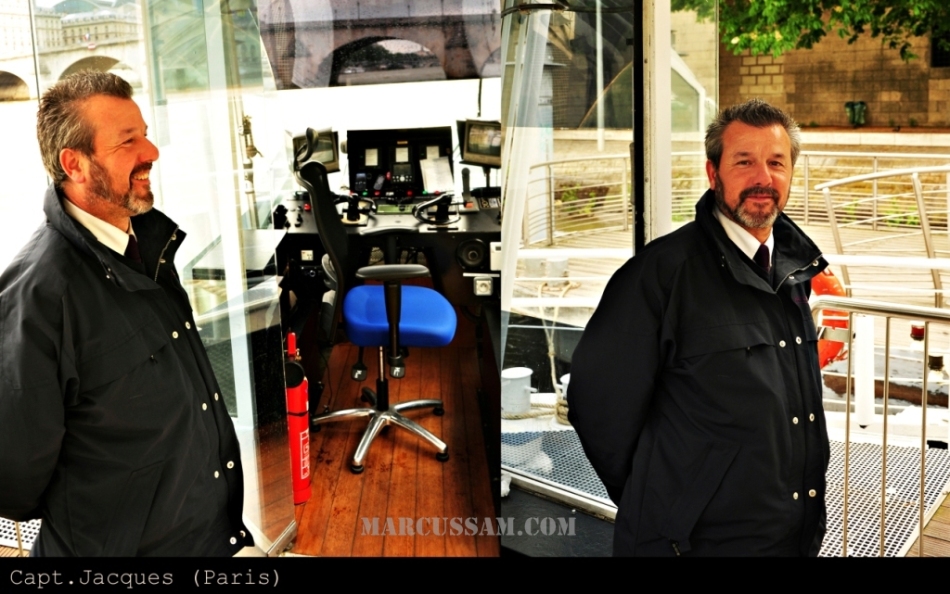 Disclaimer – Well its a shame that I might have confused a few of their names in a few places.Well the bright side is if they want to stay anonymous, then its great haha.

The Black Houses of India

The Black Houses of India: The tar coated village houses, a photo essay.

Going around India, a predominantly monsoon irrigated country with agriculture as its primary industry, it is not uncommon to come across 1 season mud houses.. These houses are mainly made of unroasted mud bricks which are stacked and packed with more mud and clay which might last one or more seasons depending in how strong the rains are..The good side of such construction is apart from the rains, they are ‘all weather proof’..ie the thick mud walls are almost impenetrable to the scorching summer heat which constitutes of almost 6 long months,including the months when it rains (the times when it doesn’t rain, its hot and damp)..  Also from the biting cold winters when it doesnt snow but reaches as low as 5-7 degree celsius on the coldest days along with cold winds and frost.. Sometimes it even rains during the winters, making life worse for the people who live on a wage/earning of less than 2US$ a day.. The Govt. has planned to issue Credit Cards to these people, consisting of farmers, labourers, industrial menial workers and the like, but that’s another story altogether …

Here the rains are worshiped.. Lord Indra an Indian Hindu God, is worshiped as the God of rain & thunder..he is somewhat like the Greek God Zeus..Head of other smaller Gods…Every year when the rains are delayed, he’s summoned by hymn & prayer and lo within 2 months there are splendid rains…Everyone is 80% relieved, just that a little over rains wash away the mud from the mud houses….

So how do we weatherproof the houses from even that? Someone, most probably not a God, came up with the idea of applying coal tar on the walls, on the outside..That way the houses would last more than 1 year, unless Lord Indra  gets super angry with that specific family and washes away even the tarred walls…But u can never win with these Gods u see…If Lord Indra is really angry with that family, he wouldn’t give enough rains on the farmland owned by that family altogether..That way they wouldnt be able to spare money to purchase coal tar to apply on the outer mud walls of their family house…

In the picture above u can observe a few things

3) The effect of politics..Notice the Communist sign in the left and the Hand sign on the right (black building) – The sign of the Indian National Congress, which is in power presently… Maybe people of first world countries living under first world conditions under a Govt which has the word ‘Congress’ somewhere in its name,should visit these 3rd world countries and see what the Govt is doing for these 3rd world people, and return back to their own country and stay happy with their own Govt…

4) School Children…Govt has made Primary education free ,along with free meals during the classes… This attracts a huge crowd of children to the local village primary schools…Even the parents are happy, i have no idea whether they are happy with the fact that their children are getting educated or they are getting to eat atleast once a day…Either way its great…. Now children who are educated are no longer willing to do menial work with their father on the farm lands, instead they want to travel to the cities, search for jobs and get frustrated adding to the unemployed queue….

Most of these villages are like river tributaries, off shooting from the National Highways that connect the big cities..U have to travel around 10 miles from the nearest highway in order to reach a village…SOme of these roads have rivers flowing through them (literally) during the rainy months…U have to either swim across these rivers to reach the village, or take a different longer road, which no one else knows before its needed.. 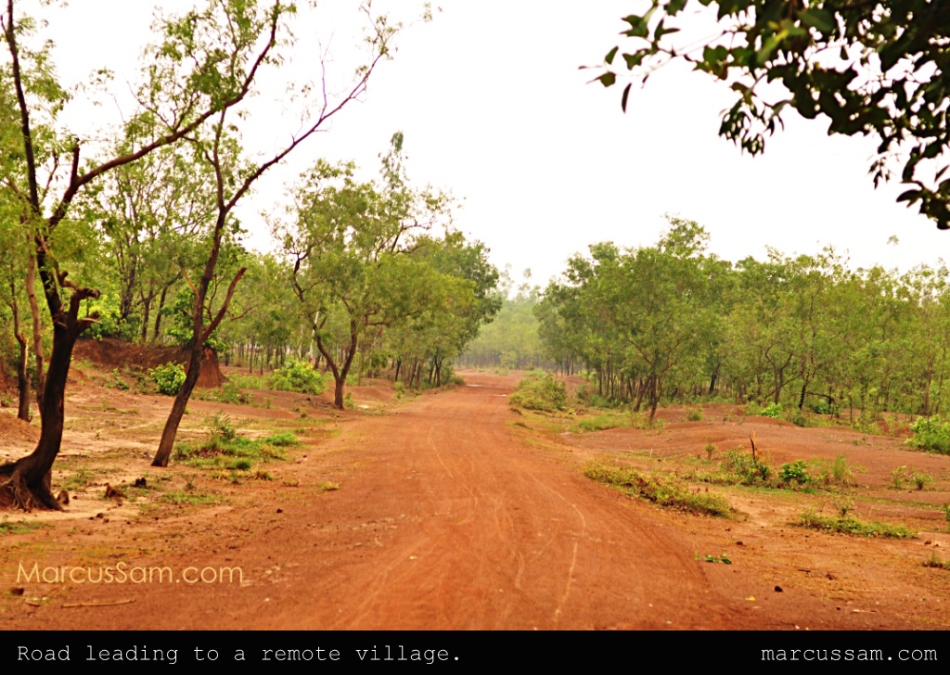 Indian people love cattle..Not just because they are holy, but also because they are useful…U get milk from them which is used as the primary constituent of many food products, everyone knows that…2nd most important use of cattle is their manure..Indians dry up the manure and use that as fuel for burning at homes..These can be used to cook food (mostly) and during winters also serve as heating fuel…Villagers generally pile up the manure at 1 place and use their bare hands to make small ‘cakes’ which are then stuck to the mud walls of their houses and made to face the sun till they dry…It can be used as and when required…U can also use the manure as natural fertilizer when u require..And with the advent of the new ‘biogas’ technology, some villages even harvest the methane produced from decomposing manure, to use as cooking fuel..But that’s rather rare…Why take so much trouble when u can directly burn the dried manure..?

Check out in the picture below how the cowdung cakes are stuck to the walls for drying (right hand side house) .

Generally women do the house works..Everything which can be imagined as a  housemaker’s task..House maker in the most primitive sense, which includes even making the house…to cooking, taking care of the babies, apart from giving birth to them etc etc…Villagers generally have many babies…Reproduction is the chief pastime…There is no other ‘hobby’ material to do…Any hobby requires atleast to any one of 3 things i)Money ii)Knowledge/Education iii)Time..These poor people have none of the 3.. There is Television in some houses but who really cares what vamps from daily soaps are doing, for people who cant even gather a proper square meal ? 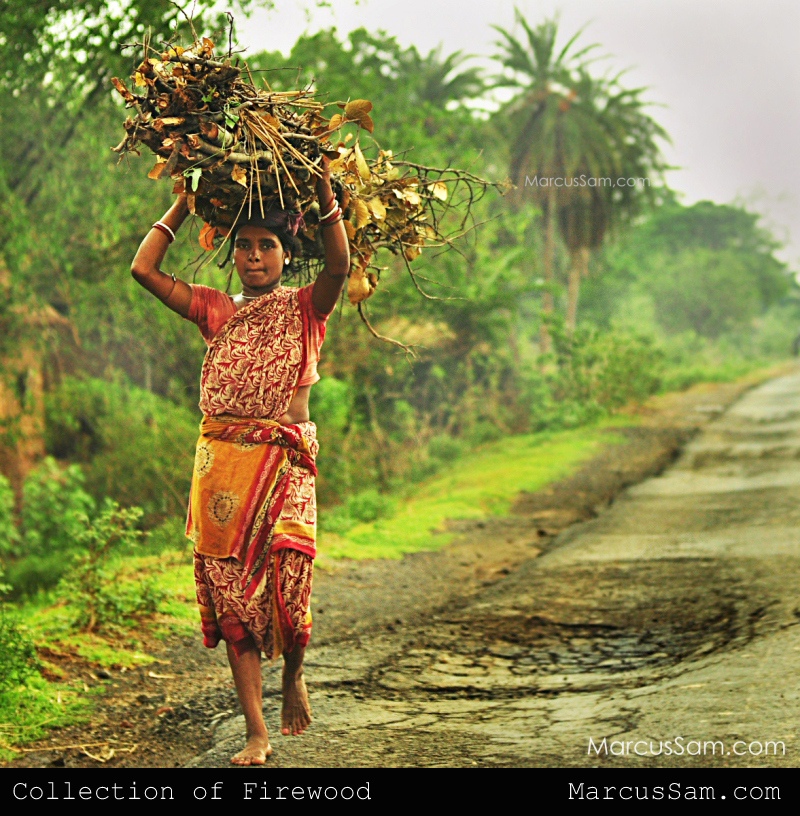 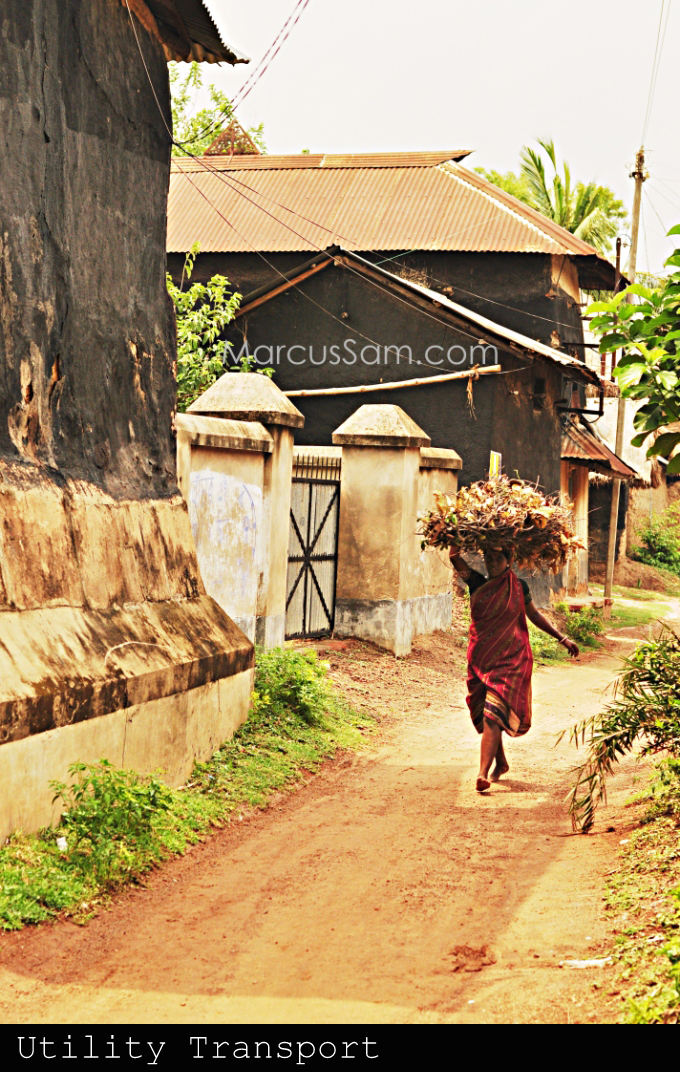 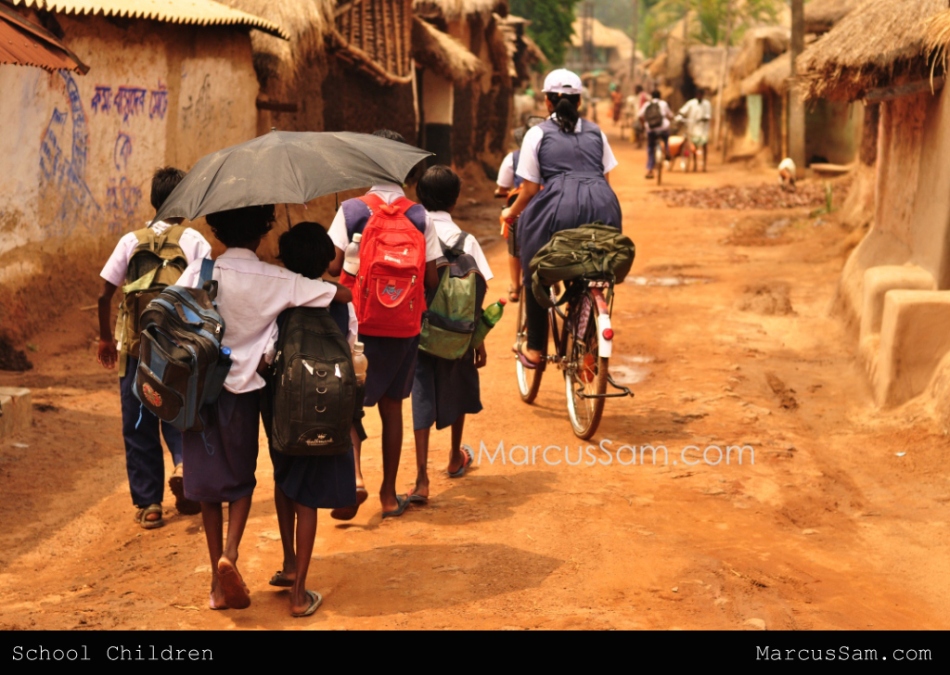 There are huge forests surrounding most villages..Some of these forests are natural, some man made…These forests serve not just as home for local wildlife, commonly the Langur and the elephants, sometimes even the tigers , but they also act as employment ground for a few lucky villagers…These people are employed by the forest office to take care of various tasks in and around the forests…A fixed income, a bliss to many…. 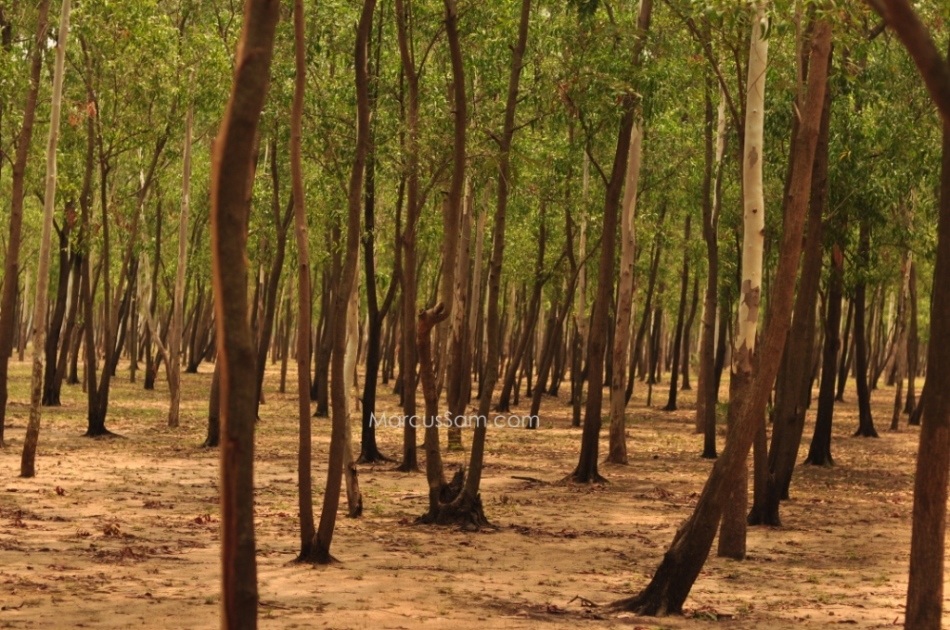 Artists displaying their work,in front of the Cologne Cathedral 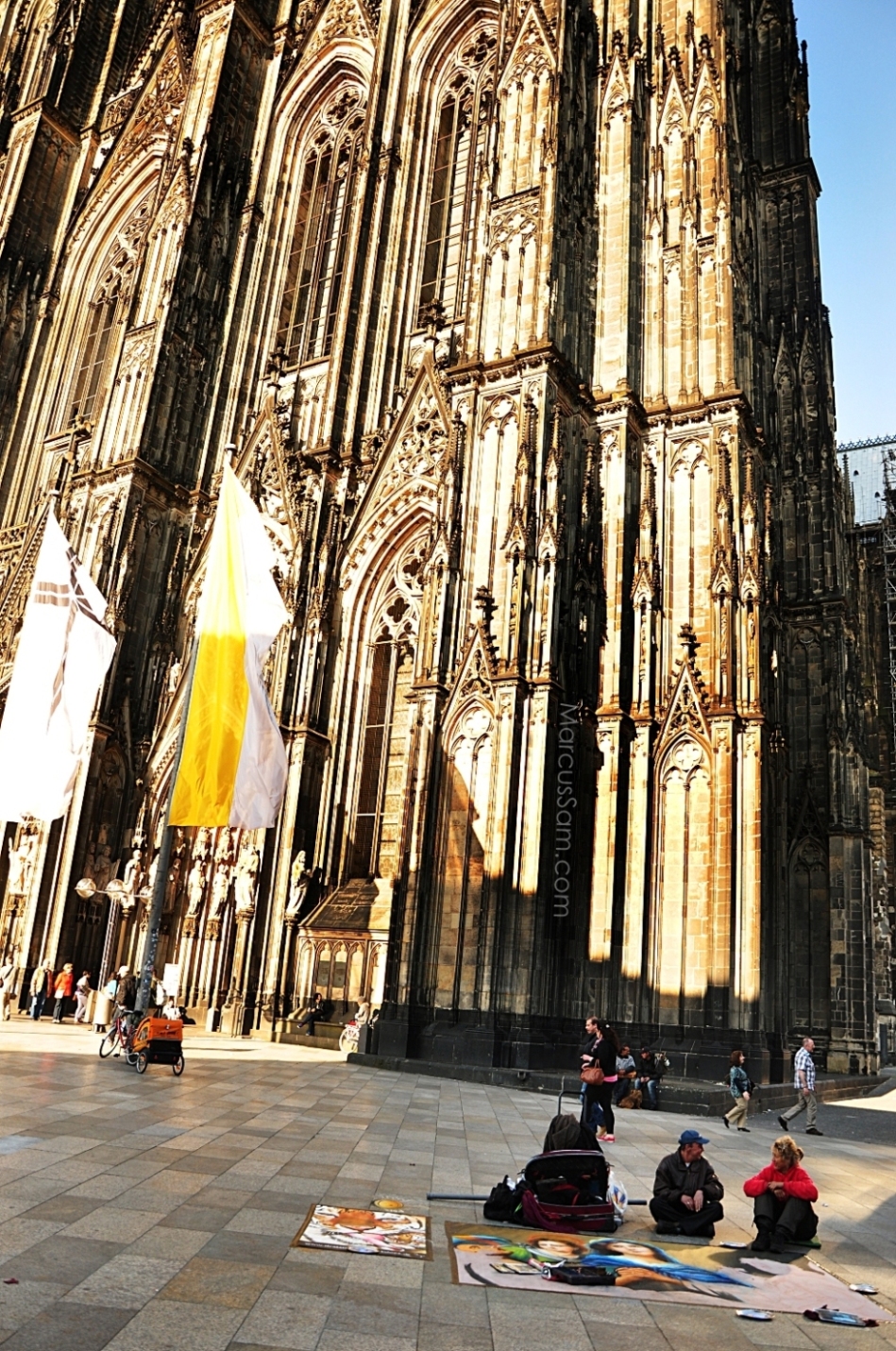 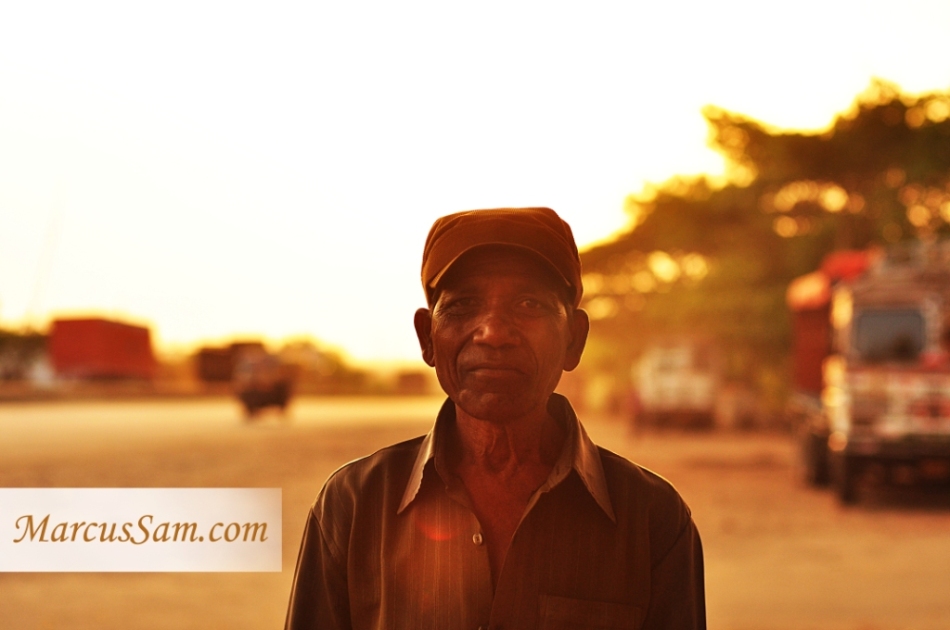 The Money-Spinners : The New Asian Age…

So Ladies & Men; gentle or otherwise,  here’s the big news: If you are a business person (trying to avoid gender biases here) or a big shopkeeper so as to say, who is planning to go global, you should definitely look towards the Asian market if you want a trade expansion (and by Asian, my dear American friends I don’t mean the Chinese only, as the slang goes . Asia is a continent, if some of you still do not know.)..

Here is why,lets regurgitate some elementary school maths shall we :

See, the ratio of Asian population to rest of the world is high, so If  10 ‘rest of the world’  people travel and pay 10 bucks each for a hotel room, the total for 1 day is 100 bucks….But if 100 Asians travel and spend 5 bucks each (bulk booking), it accounts to 500 bucks… So at the end of the day, total profit is 5 times, if u can lure the Asian crowd into anything…Why just tourism, in any industry, any sector, if u can rope in the Asians, u’r sure to make more profits… 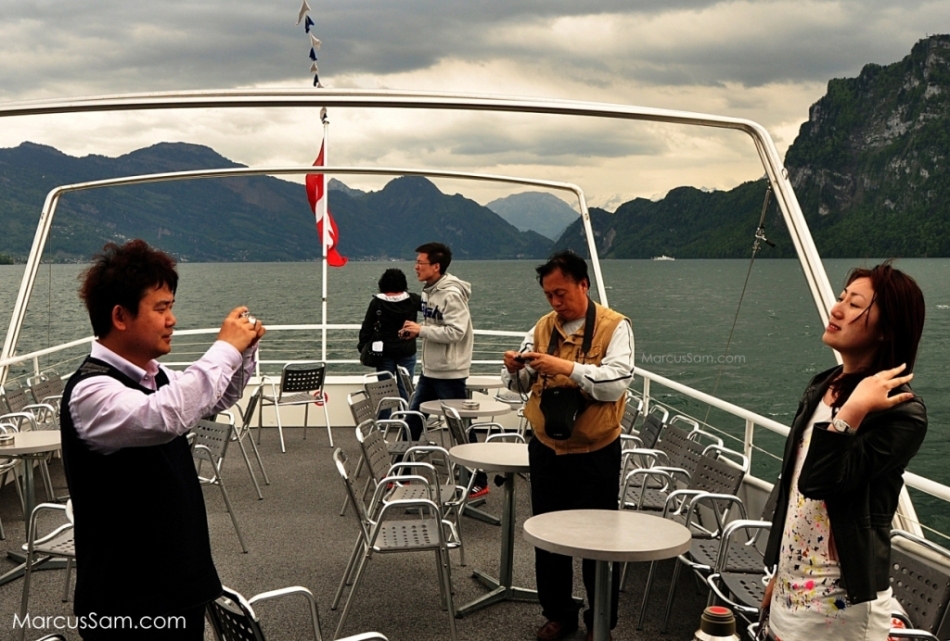 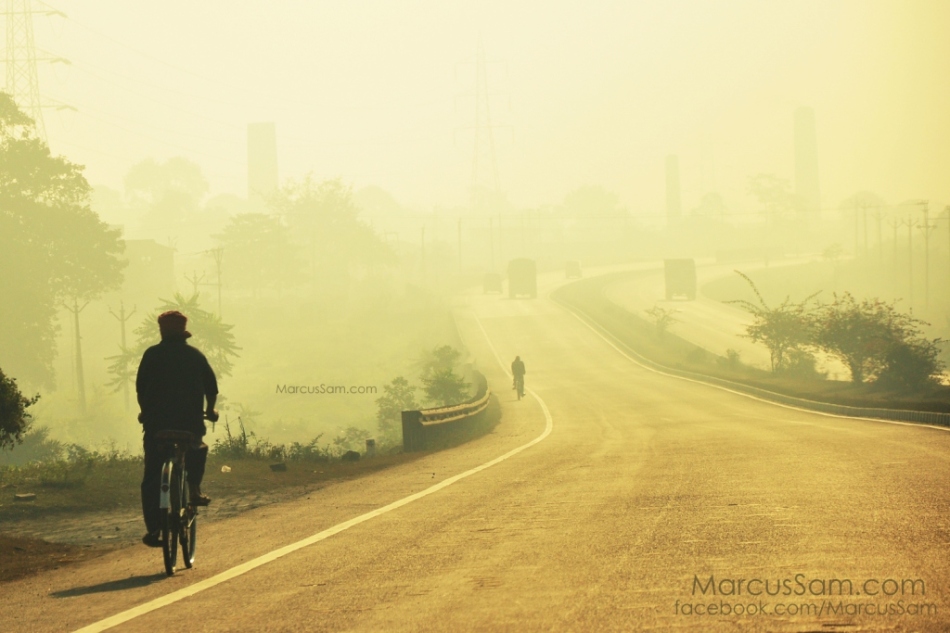 A Tyre Mechanic enjoying an afternoon siesta near a highway motel, known as a ‘Dhaba’.. 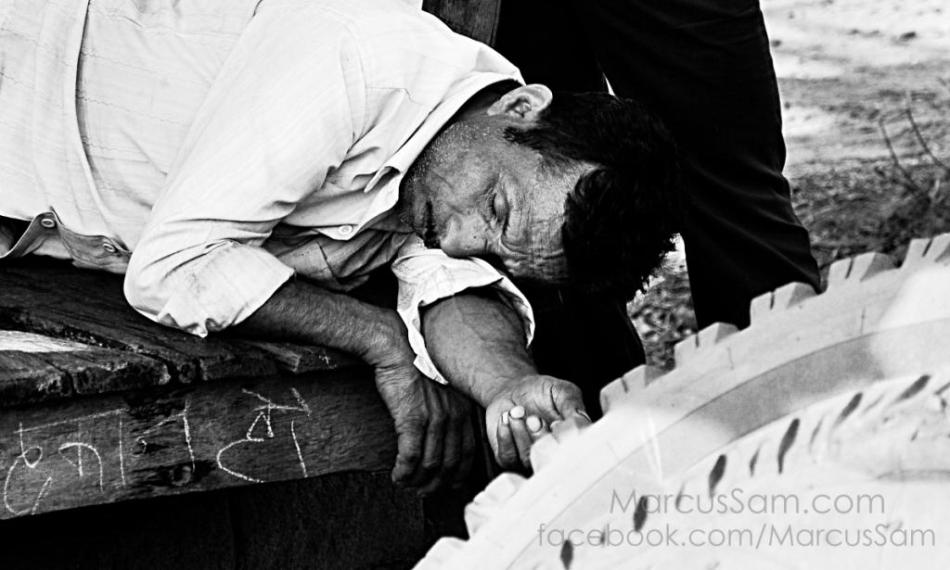